Lalala, is my hair on fire or does it just feel that way? It just feels that way, I think. Whew.

Most of my week was spent writing a lengthy essay about one of my favorite book series, about which more once the TOC is public (and I find out if the essay turned out acceptably, of course). This involved much flipping around in copies of said beloved books, and a passel of post-it noting that is going to be a pain to remove when I finally get around to that. I like reading on my Nook fine, but I must admit more than once this week I thought that I couldn't even imagine trying to do the same sort of thing if I didn't have hard copies at hand.

And the rest of the week was eaten by pecking away on the draft of the gods book, which it's my Sworn Intention (before you, my sacred witnesses) to finish next week while Christopher's off in the mountains of North Carolina at Sycamore Hill and I'm a workshop widow. It shall be done, etc. Add to all this a sudden hospitalization in the family and a random act of vandalism last night where some jerk smashed the driver's side window of our car while it was parked on the street across from our house and…this has not been the soothing week of soothingness.

The one bright spot, however, was a sun appearing on the horizon of summer's barren TV landscape: Bunheads. It's early yet, and it could go the path of suck, but I fully loved the first episode. If you haven't heard about this show, it's by Gilmore Girls creator Amy Sherman-Palladino and it's a major return to form. Yes, it shares commonalities with GG, but one) that's not a bad thing and two) I believe it'll grow into something very much its own. (The Bunheads of the title are ballerinas.)

Anyway, long-time blog readers may remember ye olde Gilmore Gossip Circle, in which we'd gather to gab in the comments after episodes. It was great fun. There have been other attempts made for other shows, but they tended to wane. Karen Meisner and I were chatting about Bunheads on Facebook (as we recently did during the ANTM finale, too) and decided to try and give the old analytical TV stop a revival…but since we've been doing the chats at Facebook and it's so much easier to comment there, I'm thinking that's where they'll be. I'll put up a public post there with a description of the week's episode on Monday evenings and link to it from here. If you're a Facebook hater (smart), then feel free to just comment here, though I suspect it will be rowdier over there.

So, if you're so inclined, join in next week's: 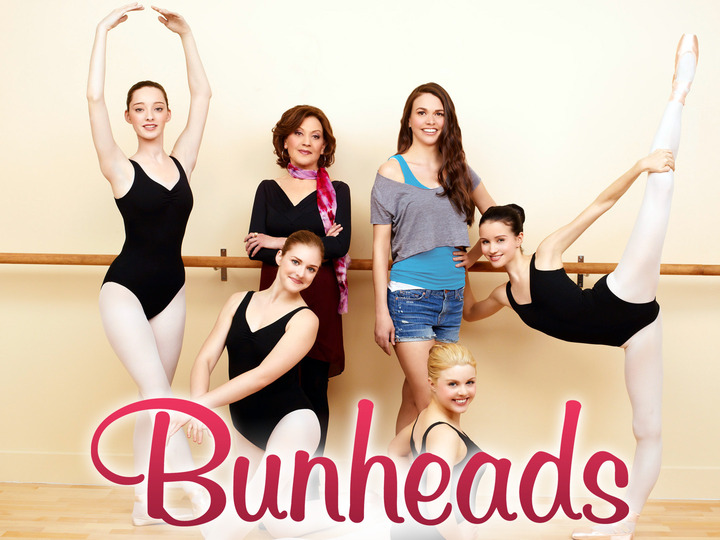 And if you missed the premiere it's up online.