I write this post from deep on deadline. The kind where some days washing your hair helps you remember you’re human, but most days you forget both those things. But the end is nigh! Not in an apocalypse sort of way.

This week is the launch of mine, Carrie Ryan and Rachel Caine’s shiny new cross-platform project Dead Air. I wrote about it for Salon today, its genesis and my deep love of true crime and the boom of podcasts and documentaries and everything else (and bonus the first episode of the podcast is included at the end!). 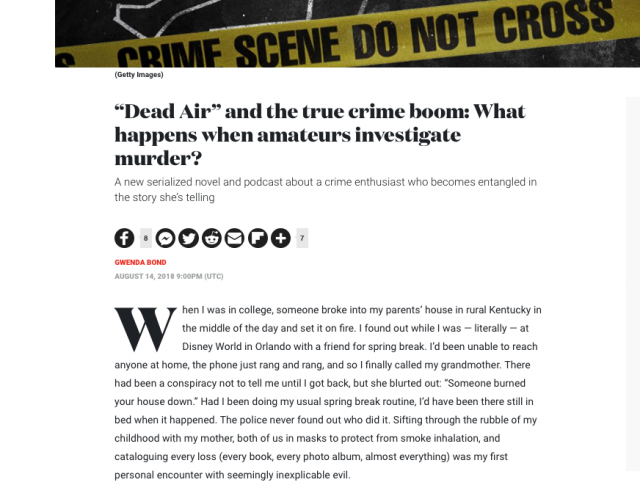 So, what exactly is Dead Air? 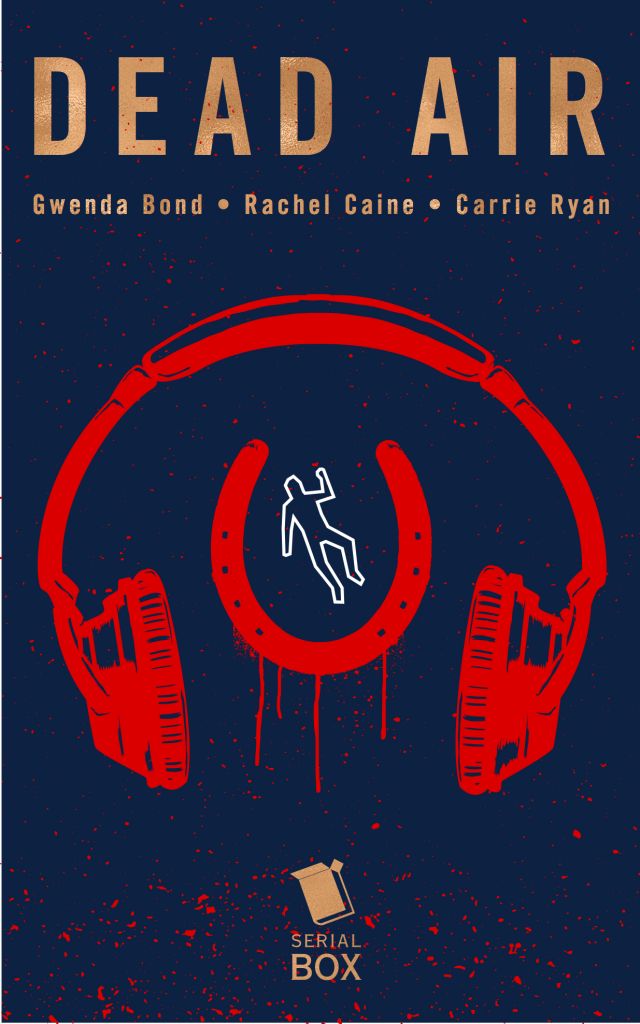 Read or listen to weekly ebook and audio episodes of the serial novel Dead Air and then check out Mackenzie’s podcast for a uniquely immersive experience. Does the truth lie in the serial, the podcast…or somewhere in-between?

To clarify a bit about the format and how it works… What is Dead Air? It’s a serialized novel about a podcaster and it’s the podcast she’s creating in the story. It’s the kind of immersive story the three of us love, and we wanted to create that feeling of being able to go down a rabbit hole to experience different elements of a story in different ways. To explore the distance between what our main character shows and what she’s concealing. Think of it a bit like we wrote a novel about a photographer or an artist and also released their photos or paintings alongside… Except the truly unique thing about what we are trying to do here is that we intentionally structured this to be best-enjoyed in a serial way, the way most of us get our true crime fixes these days. Sure, you can binge either the podcast or the novel once it’s all out. You can choose one or the other and still get a complete story. But the ideal way, I say, is to read or listen to each week’s release as a pair (episode of the serial first, then the podcast). However, the extremely amazing thing is that… I might be wrong about that. Try it out in whatever order you like and report back.

I can’t say enough about getting to work with Rachel and Carrie and the Serial Box team on this project. It feels like exactly what I wanted to do when the idea first came to me…but better for everyone’s work and collaboration and willingness to invent. I’m not always confident in my own work (quite the opposite). But I am 100 percent in awe of Carrie and Rachel and learned so much working with them; they are both brilliant storytellers. I learned so much from show-running this unwieldy, intricate project. And I also can’t say enough about the effort Julian Yap at Serial Box, our editor Lydia Shamah, our audio producer Amanda Rose Smith (who also composed some killer theme music for us), and everyone else on the team have put in to make this project come together. None of us have ever done anything quite like this before. So that’s scary and exciting and, wow, I hope you’ll check it out and tell other people if you like it! You can go read or listen to the first TWO installments of the serial today and the first episode of the podcast just dropped too, with a new one coming every Tuesday, followed by the next week’s serial episode.

Subscribe to the serial here. Check out the podcast here or here (or wherever you get your podcasts). Also, I have a special discount code for you, lovely peoples. To use it, go to the Redeem page on the Serial Box site and use code “DEADAIRBOND” without the quote marks and you’ll get 10% off the serial novel. The podcast, of course, is free.

Has all my yammering not convinced you? Or explained right? Some more pretty pictures! 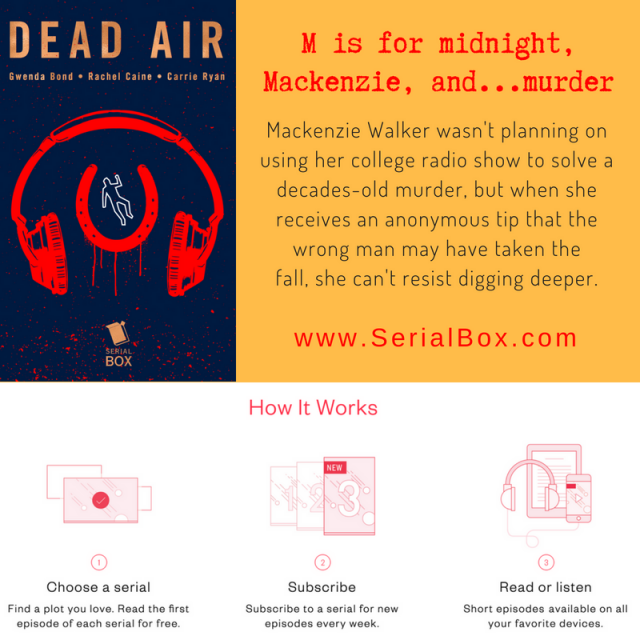 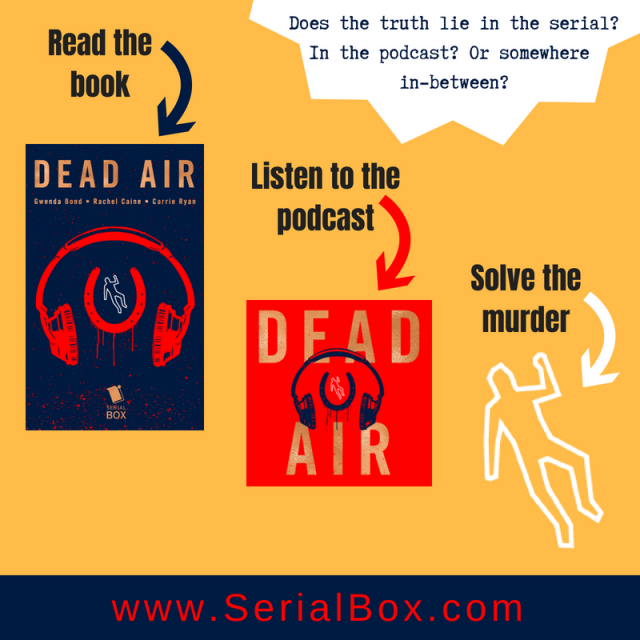 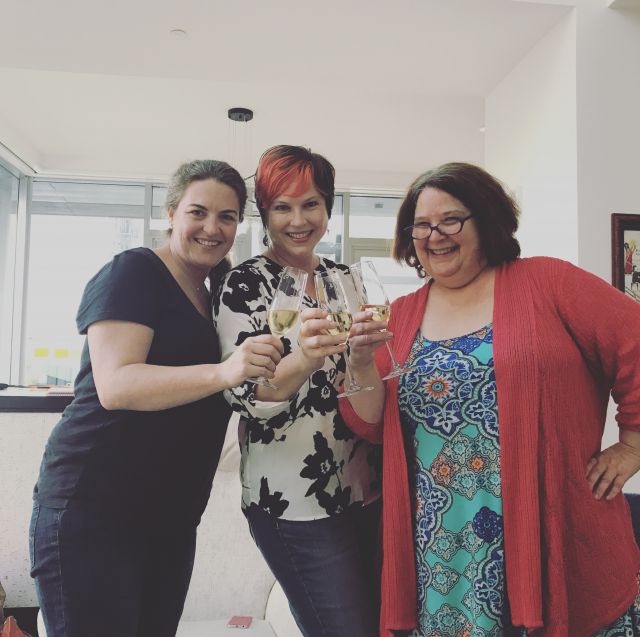