1. I always wanted a building that was a living dictionary. Something like a less infinite version of Borges' Library of Babel. It would be like the Oxford English Dictionary, but for any language you wanted, and you could stroll through it surrounded by words with strange, delicious definitions, or ask it to direct you through its transculent labyrinthine corridors if you had a destination in mind.

(Maybe it would be something like Jose Vasconcelos Library in Mexico City, except, of course, different because living dictionary — click through to see more photos of that gorgeous space.)

2. I always wanted an Extra-Time Machine. Take that, H.G. Wells. Okay, so not really, because this is the kind of thing only an adult would crave. When you're a kid, maybe you want a few extra hours of TV instead of homework or reading instead of sleeping, but when you're an adult, you need extra time. Some of my extra time, I would put to a devotedly good use. Even just an hour a day, or thirty minutes. I would work more. Or do yoga. But some of it I would devote to lazing. Just think: an Extra-Time Machine that gave you lazing time. Get on this, Imaginary Science. (Update: At twitter, Tim Pratt points out that Wells did invent "the elixir in The New Accelerator that speeds you up and makes the world go slower!" But I want discrete pouches of extra time instead.)

3. Virtual daemons/pets like baby pygmy hippos, sloths, goats, or Dik-Diks. It's like visiting zooborns every day, but customizable, and the dogs and cat would eventually get used to that day's hologram teensy deer lounging on the desk or sloths swinging from bookshelf to bookshelf and not bark and swat at them. It would be like the apocalyptic prophecy from Ghostbusters (dogs and cats living together, mass hysteria!), but dogs and cats and virtual pygmy hippos living together with no hysteria in an obviously utopian dream!

(Photo from zooborns; some days this would make writing go much more smoothly, I know it!)

4. While we're dreaming big, new episodes of any show I want to watch, exactly when I want to watch it. That's right–in addition to the Extra-Time Machine, we'd have a Media Time Machine, allowing us to employ our lazing hours with an efficiency that would be truly ironic. Oh, oh! And also any books I want to read, even if they haven't been written yet. (Dear Amazon: Get on the Kindle!Future Book Time Machine thing. Thx.) (Also, I'll be content with the news of a third season of Miss Fisher's!)

5. It's not all about new inventions. I'd also like a sudden decision by every movie theater in the world to add regular showtimes for one classic film every week…so that I could see all my favorite movies on the big screen instead of just TCM. 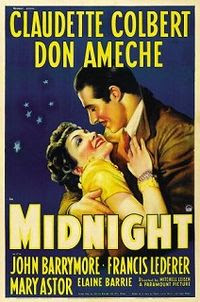 (Have you seen this one? If not, get on that, one of my favorite takes on Cinderella. It's also one of the movies that gets a nod in the circus book!)

6. Teleportation devices, or failing that I'll settle for noiseless, clean, fast transportation linking up the entire world or at least the entire country. Or, failing even that, just Amtrak trains to suddenly be like the image we all have in our minds of the kinds of luxury cars where Hitchcock protagonists meet and discuss trysts and murder and other Noir Things. And also fast. And cheap. (And non-rights-grabby.)

7. Poetry to be more a part of daily life. Why do we all love and read and write poetry as teens and then so many of us stop? Not that I'm going to start writing it, because no one wants that, but I should read it more. This one's on me. This one I can do. (Hopefully, Imaginary Science starts feeling competitive right about now, and gets on these other things.)

8. All right, let's slip in another lit-related thing: more gender balance on the NYT YA list. And way more diversity. And on other, non-bestseller types of lists too. This one we can also do (and we've got a good start, thanks to lots of folks' hard work).

9. Music shows that start at 7 p.m. I know, this is the wish of an old. But 10 is just too late, my darlings. I want the music to start earlier.

(Mario the Magnificent, mascot of Drexel–ideally he'd be real and flying around and stuff, but I could work with robot dragons too.)

I'm thinking I'm going to try to make a ten things post every Friday about something. That way guaranteed posts at least once a week, even during busy time. This week I decided for a little less ranty topic, in honor of Friday the 13th. Now back to deadline-crunchville.