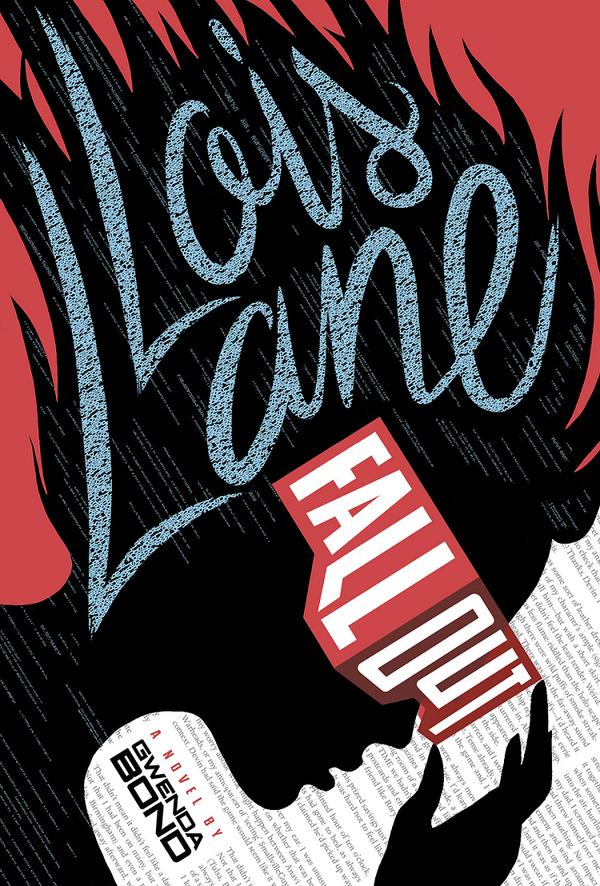 “Lois Lane has always been one of my favorite characters in American literature. Who is this human, un-powered woman who so easily stands up beside the most iconic superhero of all time? Gwenda Bond’s book asks, who was Lois as a teenager? The answer is a spirited, engrossing story that kept me flipping pages and rooting for stubborn, clever, fearless Lois Lane.”

“Bond has written a Lois Lane for the internet age—giving her charm, toughness and a wit that’s faster than a speeding bullet! There’s enough mystery, high school drama, and just the perfect hint of superhero science fiction, that will leave readers wanting more. “

“This lighthearted and playful tone permeates the novel, making for a nifty investigative mystery akin to Veronica Mars or Buffy the Vampire Slayer. Readers are in for a treat. A spectacular prose start for DC Comics’ spectacular lady.”

“So it’s basically Lois Lane in a Veronica Mars-esque plot, which sounds like all kinds of awesome.”

“Step aside, Katniss: it’s time for a teenage journalist to take over.”

“Lois Lane: Fallout is an innovative and overdue revitalization of Lois Lane, and stands on its own as a stellar YA debut for the character, but it also fits in well with DC Comics’ larger aims. “

“Gwenda Bond concocts an intelligent novel that moves faster than a speeding bullet, with an original story about Lois Lane’s teen life and a mysterious online pen pal called “SmallvilleGuy.” Bond’s high-stakes plot keeps the pages turning; the teens solve their problems themselves without Superman’s superpowers to save the day. The author mixes in the rewards of friendship and a hint of romance. Lois proves a model of trusting one’s instincts and standing up for what’s right–the rest will follow. May this be the first of many more.”

“Bond cleverly reimagines star reporter Lois Lane as a teenager today. Superman fans will delight in the nicely detailed ties to the man of steel, while enjoying Bond’s focus on the fearless reporter. … The dry wit of the narrative and the satisfyingly coy online romance between Lois Lane and Smallville Guy make each of those steps delightful.”

“Lois is smart and gutsy. The plot is well paced; the reader is immediately pulled into the story and taken for an enjoyable ride. A bit of romance, plenty of adventure, and intrigue add up to a tale that will engage most teen readers. “

“One can’t help comparing Bond’s Lois to TV’s Veronica Mars and Buffy the Vampire Slayer. Yet given the DC Comics character’s long tradition of ass-kickery, it’s more accurate to compare Veronica and Buffy to her. … It’s not a bird, it’s not a plane, it’s Lois Lane, boldly following clues wherever they lead, taking readers along for a thrilling ride.”