1. Heading out this weekend for this year's Bat Cave retreat. It's set up exactly like this: 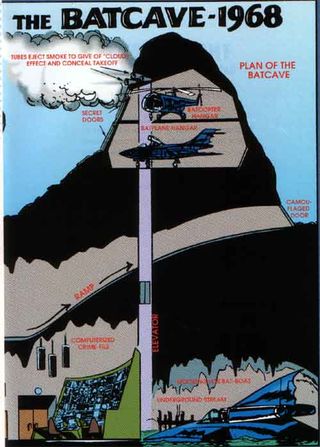 Except replace the underground stream with a hot tub. There's really nothing more energizing, wonderful, and magical than spending a chunk of time holed up in a scenic locale with a gaggle of writers talking fiction and being silly and sharing war stories and in-jokes and, yeah, I can't wait. Especially because I am still being attacked by rogue deadline and have to rewrite some more words to escape its clutches. But! Nearly finished.

2. A few weeks ago, I was lucky enough to teach a day-long workshop to this year's class of the Young Women Writers Project at the Carnegie Center. I can tell you that these are some amazing writers, who you'll be hearing lots from in the future. And I'm so sad to miss their big reading. If you're in the Lexington area, however, you should go: it's next Friday, April 19, at 5:30 p.m. (during Gallery Hop) at the Carnegie Center. Go support them.

3. I can't remember where I saw this regional dialect map first, but it is fascinating.

4. A typically wise post from the fabulous Robin LaFevers on the ups and downs of life in publishing. The creative life is definitely not for those who are afraid of heights or lows.

5. Speaking of which, this week has obviously been a high point for me. When you sell your first book(s), it's impossible to know if you'll publish more of them after that. It feels, often, that this must be an accident or a mistake, and to expect it to happen again, well, that's some nerve. That's tempting fate. But you keep writing anyway, of course, because you can't stop and there are stories to tell and what's fate for, but to tempt? (See also: Chuck Wendig's post on imposter syndrome.) Girl on a Wire was a book I started not thinking at all of the market, before I sold Blackwood, just because I wanted to tell this story, and it would be worth it even if it never saw the light of day. And then I finished it and revised it because I still felt that way, despite the shadow voice whispering that my first sale was a fluke. To have that book find such a great home is just as surreal and marvelous as selling Blackwood and The Woken Gods (eep! hope you like it too) was. In some ways more, because of all of the above. I can't wait to get back to work on it. But I just wanted to say again THANK YOU, sincerely, for the overwhelming flood of congratulations on twitter, tumblr, facebook, email–wherever congratulations are possible–this week. It means more than you can know.

So, love to y'all, and happy weekend.