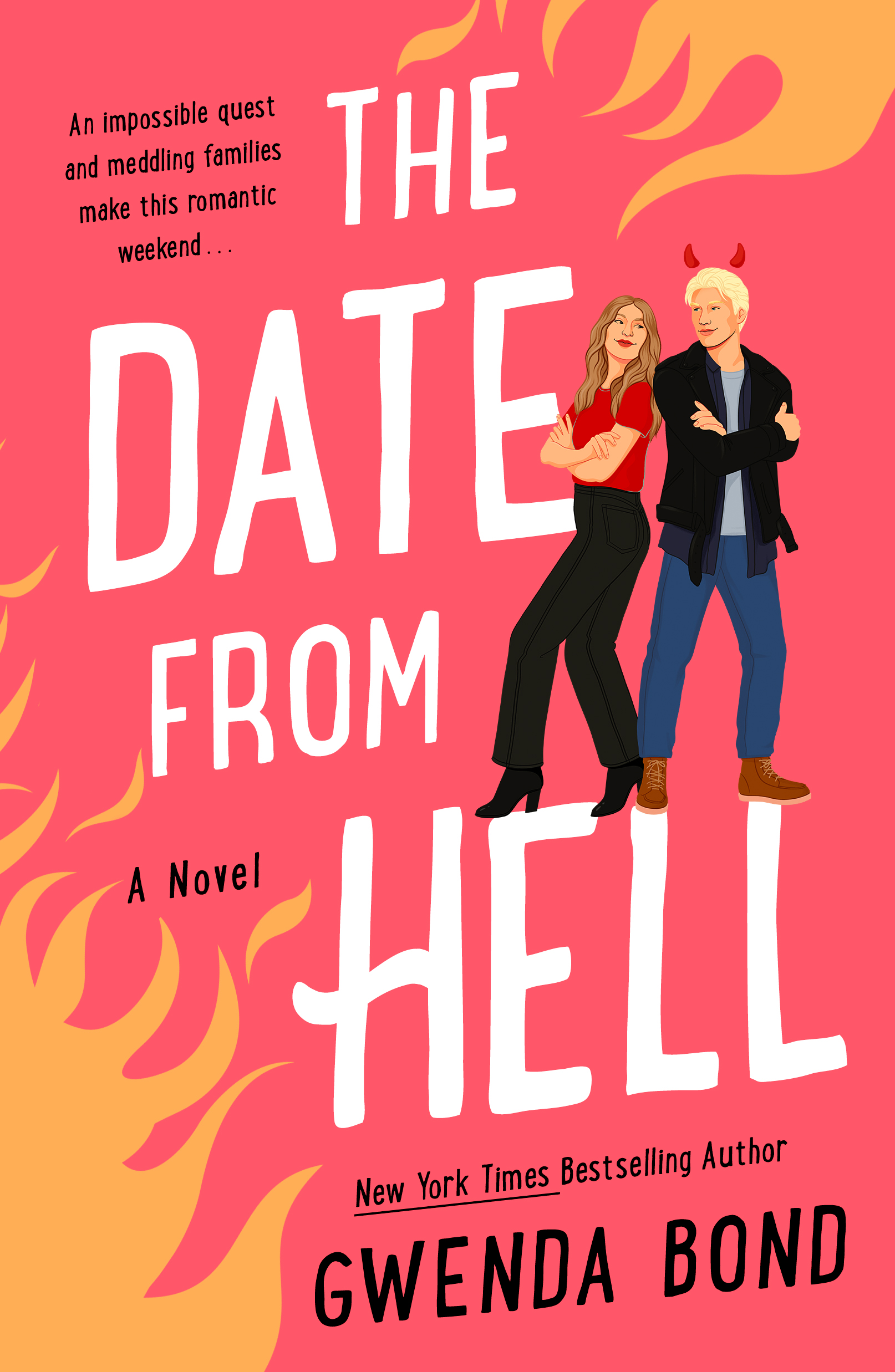 The Date from Hell

In this hilarious, romantic sequel to Not Your Average Hot Guy, Callie and Luke’s date is thwarted when Lucifer gives them three days to redeem a soul.

After saving the world and stopping the apocalypse, Callie and Luke are looking forward to a quiet, romantic weekend together. When you’re human and dating the Prince of Hell, quiet moments are hard to come by. But their romantic weekend in Hell takes a turn when Lucifer tasks Callie and Luke with chasing a wayward soul around the world. If they can prove it’s possible to redeem a soul, Lucifer will allow the two of them to make some changes in Hell.

But this wayward soul, Sean, doesn’t have any interest in being redeemed. Instead, now that he’s back on Earth, he’s decided to take a leaf out of Callie and Luke’s book and wants to find the Holy Grail. Now Callie, Luke, their friends—and enemies—must race Sean around the globe on a Grail quest and bring peace between Heaven and Hell before they can finally (maybe) get around to that date.

In The Date from Hell, the sequel to Not Your Average Hot Guy, New York Times bestselling author Gwenda Bond brings the journey of Callie, Luke, and their friends to a wonderful close. This is another laugh out loud, action packed romantic adventure you won’t want to miss.